A Brief History of Point Breeze: Home of the Fricks

A Brief History of Point Breeze: Home of the Fricks

The Frick is located in the East End of Pittsburgh in a neighborhood called Point Breeze. Named after an early 19th-century hotel, Point Breeze was host to some of the wealthiest families in Pittsburgh and the entire United States. Andrew Mellon, George Westinghouse, Henry Clay Frick, and Henry John Heinz all had their estates located along Penn Avenue. In stark contrast to its appearance today, the neighborhood was largely undeveloped until the early twentieth century. At that time, for both social and economic reasons, many of the wealthy families sold their properties, which were divided up into smaller plots of land. 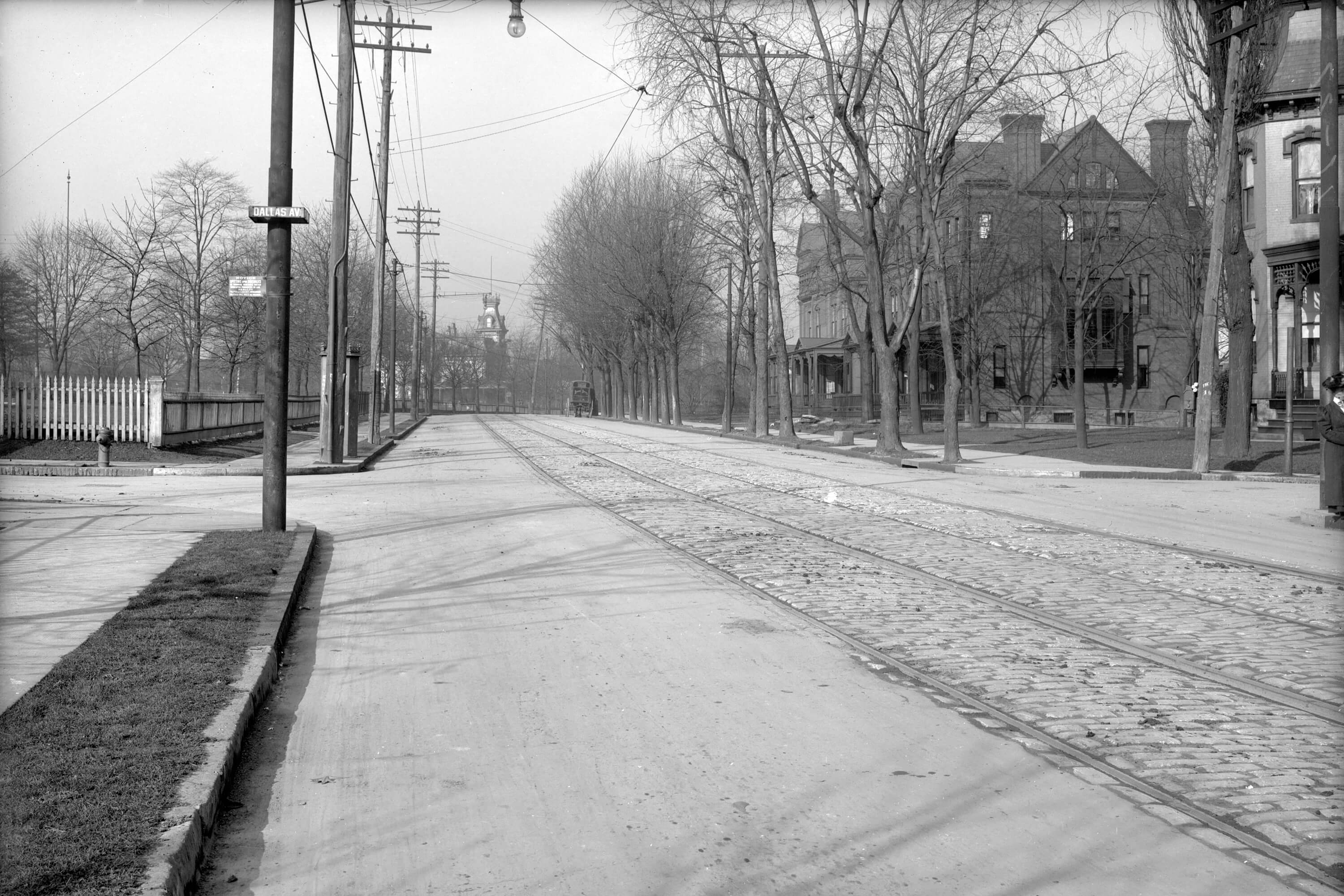 Photo taken on Penn Avenue near corner of Dallas Avenue facing toward downtown, November 27, 1907. In the distance is the home of D. O'Neill, publisher of the Daily Dispatch.
Courtesy of the University of Pittsburgh Archives. 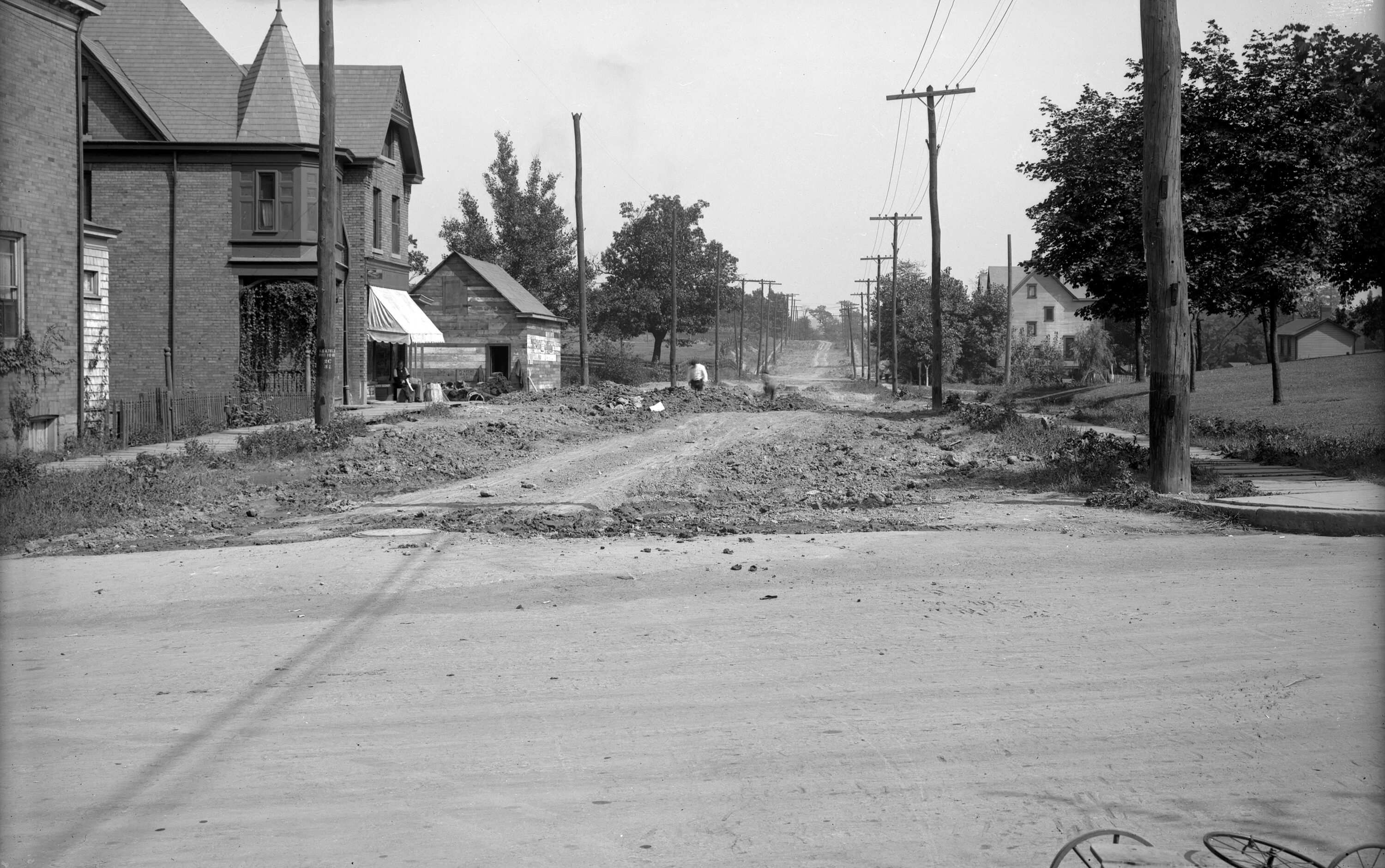 Reynolds Street and South Lang Avenue, September 3, 1908. On the left is a building recognizable to people today as the Frick Park Market, just down the street from the museum.
Courtesy of the University of Pittsburgh Archives.

When Point Breeze lost many of its wealthy residents, it acquired a new demographic: midde class families looking for a place to build homes and start a community. Smaller houses were built on the divvied up plots of land, the layout of the neighborhood changed, and dirt streets were paved. 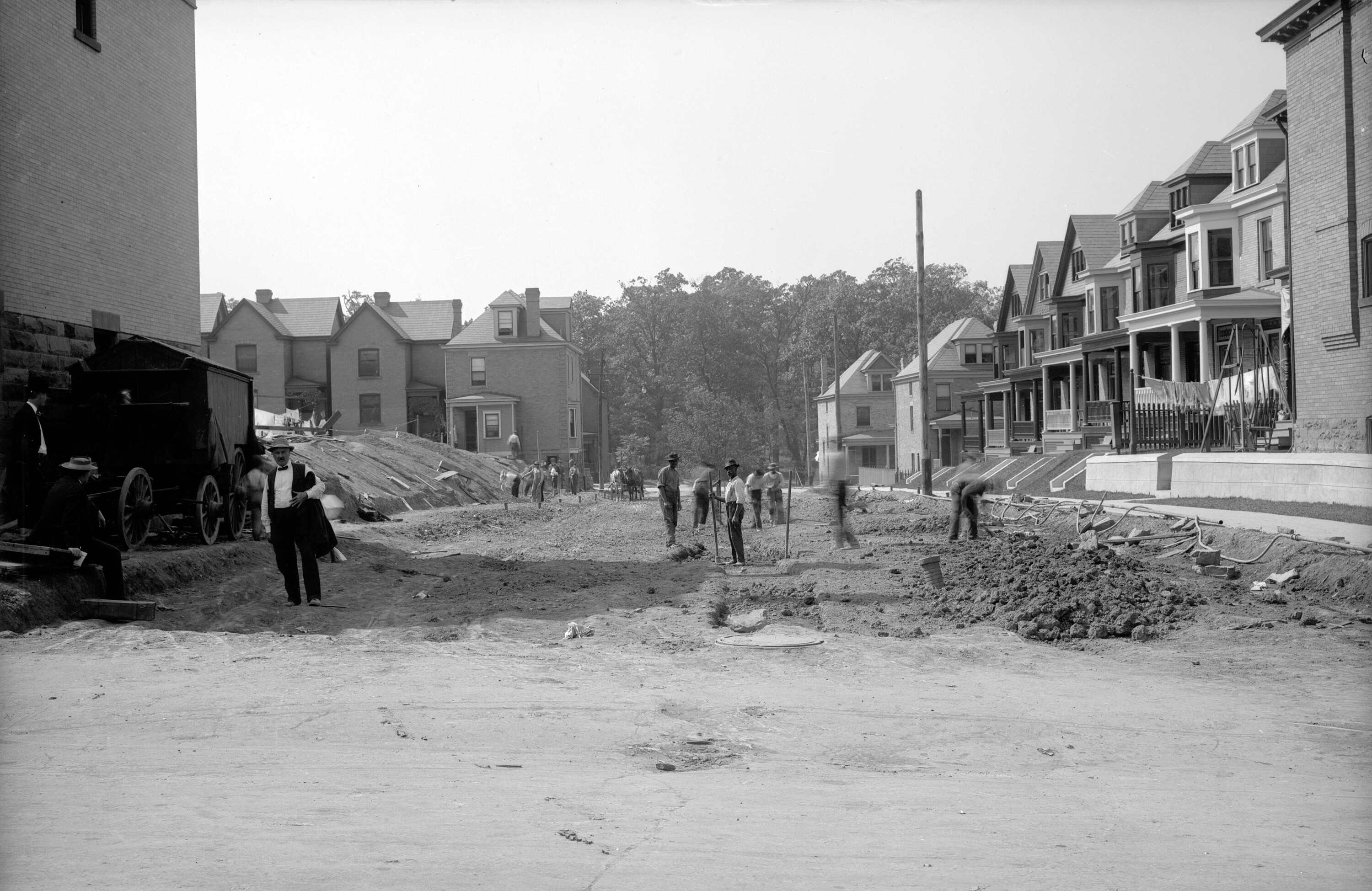 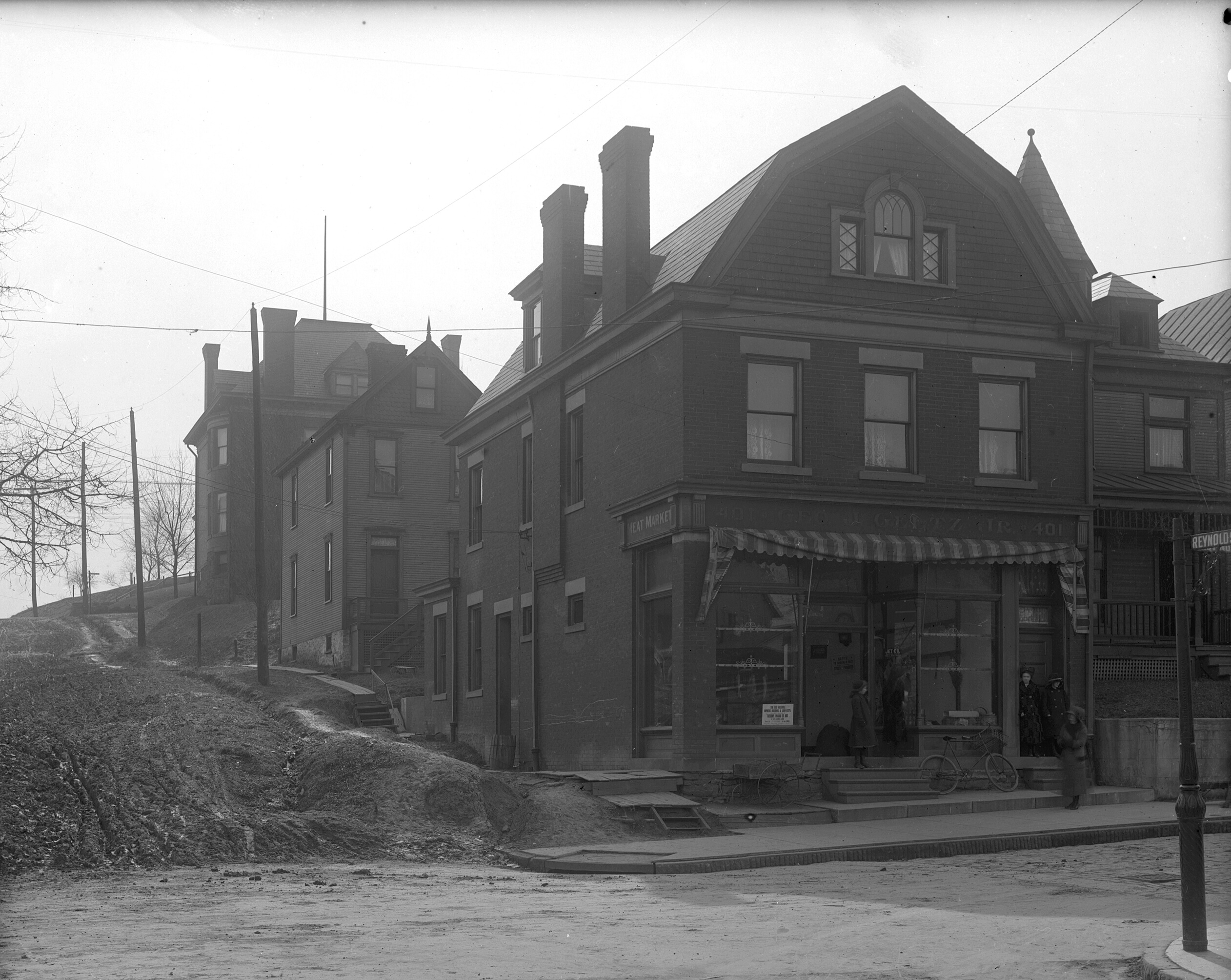 Located at Reynolds and Hastings Street, in 1913 this corner building was a meat market, today it survives as the Point Brugge Café.
Courtesy of the University of Pittsburgh Archives. 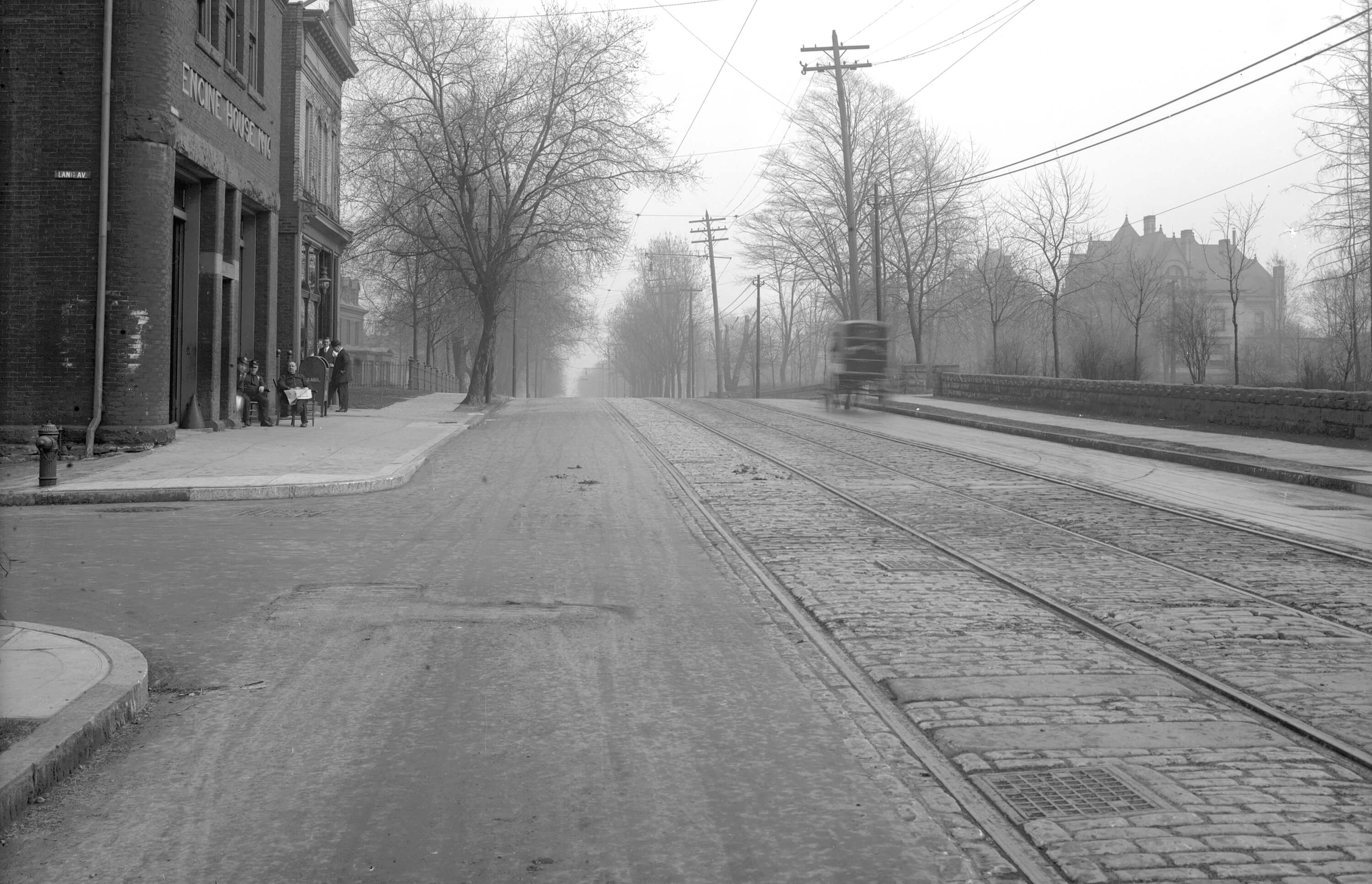 Photo taken at the corner of Penn Avenue and South Lang facing east. On the left is the Engine House No. 16 building, which can still be seen today.
Courtesy of the University of Pittsburgh Archives.

The homes of Westinghouse, Heinz, and Mellon were torn down. The home of H.L. Rook, located across Homewood Avenue from Clayton, remains, but has since been divided into apartments. Large mansions became an endangered species, and soon only Clayton would be left, a lone monument to the tycoons that called Point Breeze their home. 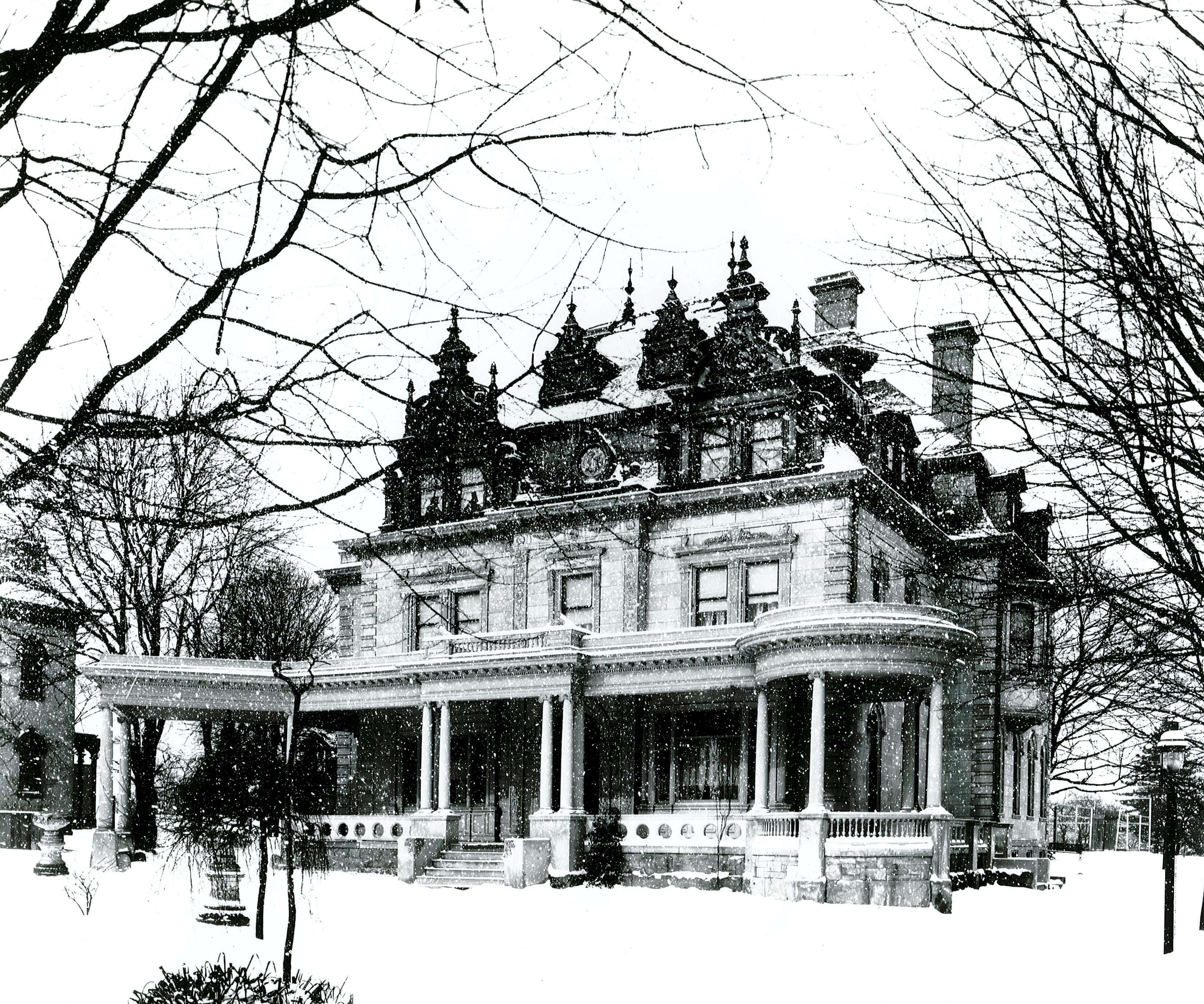