This exhibition pairs two monumental paintings created 400 years apart—one by Artemisia Gentileschi, an Italian artist and one of the most successful female painters of the 17th century, and the second by Kehinde Wiley, a Black American contemporary artist celebrated for his recontextualization of Old Master paintings. The subject, Judith and Holofernes, appears repeatedly throughout art history with well-known works by Caravaggio, Lucas Cranach the Elder, Sandro Botticelli, Gustav Klimt, and many others. Taken from the Book of Judith, the tale recounts how a Jewish widow saved the town of Bethulia from the Assyrian army by seducing and then beheading General Holofernes.

Artemisia Gentileschi’s version, one of her most well-known paintings, is depicted with shocking intensity. Struggling limbs and the play of light and dark draw the viewer’s attention to the gruesome act. The work is a powerful statement of Artemisia’s skill as an artist as well as a symbol of the adversity she encountered in a male-dominated field. Many scholars have read the painting as a cathartic revenge fantasy by Artemisia, a rape survivor who endured a scandalous trial in which she was tortured to confirm her testimony. Artemisia painted the scene in 1612, the same year as the trial.

Programs
Share this event series:
400 years later, Wiley took up the same subject, translating the image of a courageous woman defeating her oppressor into a contemporary, stylized vision that simmers with defiance. Created as part of Wiley’s 2012 series An Economy of Grace—his first body of work to focus on female subjects—this painting confronts the viewer with a powerful female figure in a haute couture gown from Givenchy against and among a background of lushly detailed flowers. Throughout his career, Wiley has consistently critiqued the racism of art history, while exploring contemporary street culture and identity. Reimagining classical portraiture while questioning who is represented in art history, Wiley states, "The whole conversation of my work has to do with power and who has it."

Visceral, fierce, and completely arresting, the display of these paintings together inspires an exploration of violence, inequality, oppression, and identity, as well as the portrayal of women—particularly women of color—in art history.

Get an introduction to the exhibition from Frick Executive Director Elizabeth Barker and co-curators Dawn Brean and Kilolo Luckett:
Learn more about the story of Judith and Holofernes from Hebrew Bible scholar Caryn Tamber-Rosenau:

Please be advised: The art in this exhibition includes a scene of violent death, and wall texts refer to sexual assault. Families may wish to preview the exhibition. Images are available at the front desk.

The exhibition is organized by the Museo e Real Bosco di Capodimonte, the North Carolina Museum of Art, The Frick Pittsburgh, and The Museum Box. 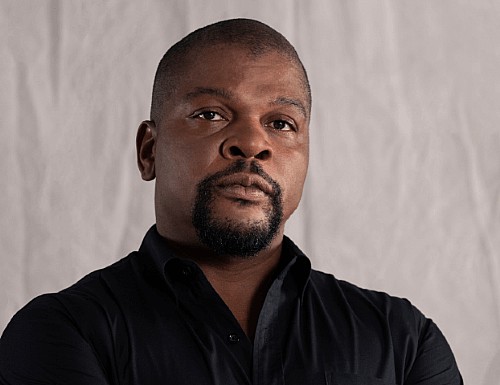 Follow the creation of Kehinde Wiley's first series of paintings of women.
END_OF_DOCUMENT_TOKEN_TO_BE_REPLACED

Join an up-close exploration of the two works in the exhibition. Conversations will be held at 1:00 ...
END_OF_DOCUMENT_TOKEN_TO_BE_REPLACED 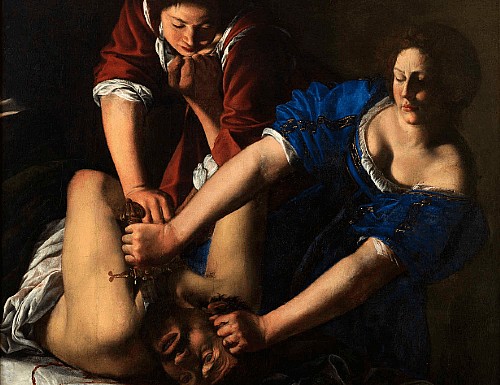 Join consulting curators Kilolo Luckett and Cecile Shellman for a conversation about our spring exhi...
END_OF_DOCUMENT_TOKEN_TO_BE_REPLACED

Investigate Gentileschi's definitive work with the Head of Italian and Spanish Paintings at the Nati...
END_OF_DOCUMENT_TOKEN_TO_BE_REPLACED

Consulting Curator Kilolo Luckett hosts an evening of discussion with Pittsburgh creatives on the tw...
END_OF_DOCUMENT_TOKEN_TO_BE_REPLACED