When I learned that the Frick would be presenting Maker & Muse: Women and Early Twentieth Century Art Jewelry, I was excited for the opportunity to delve into our own collection of jewelry, searching for pieces that might relate to the show for a complementary installation at the Grable Visitor Center. Jewelry objects comprise a relatively small portion of the Frick’s collection, and most of it would be classified as more mainstream than the “art jewelry” shown in Maker & Muse, but there are intriguing treasures that hint at the family’s personal tastes. 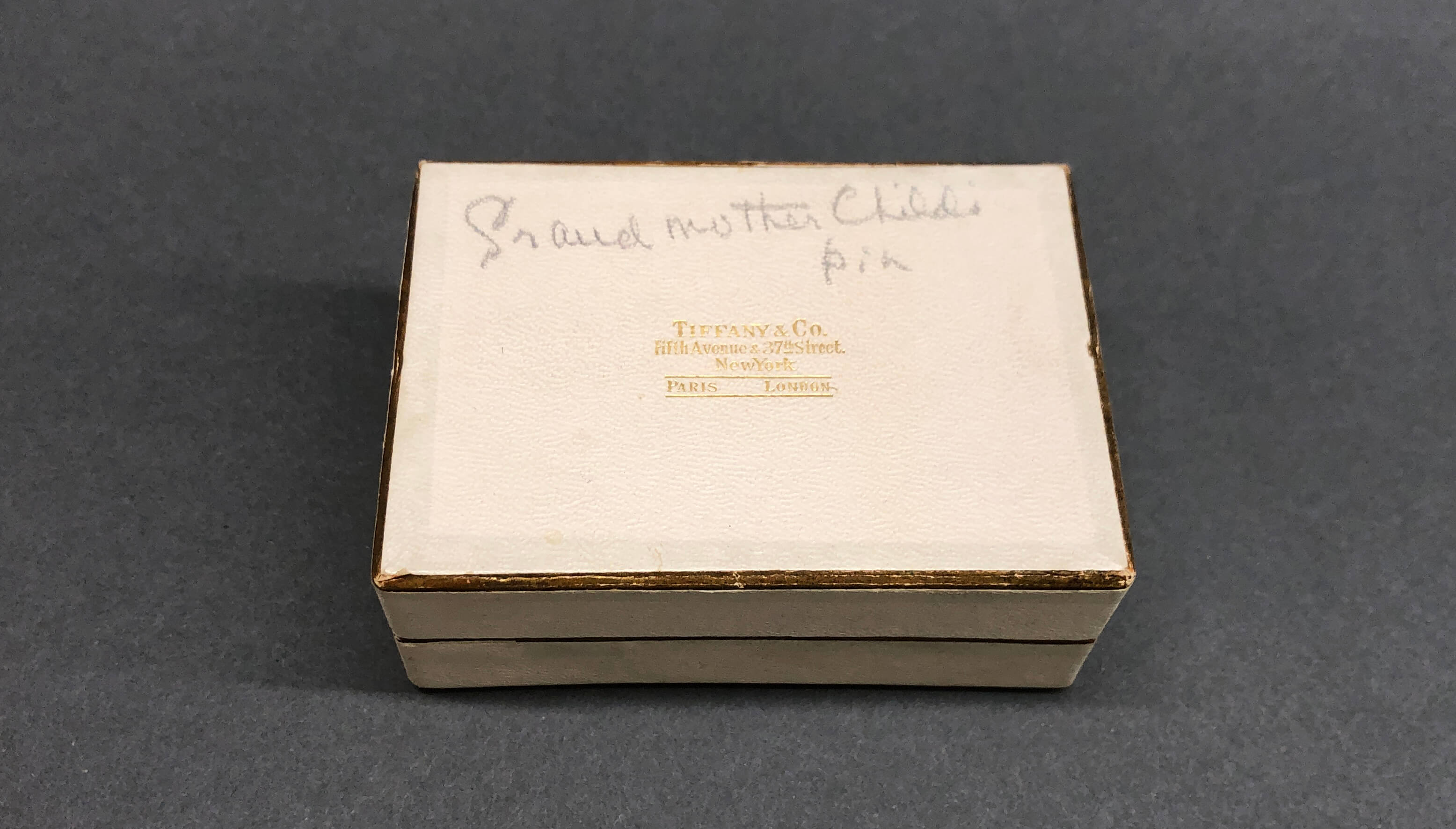 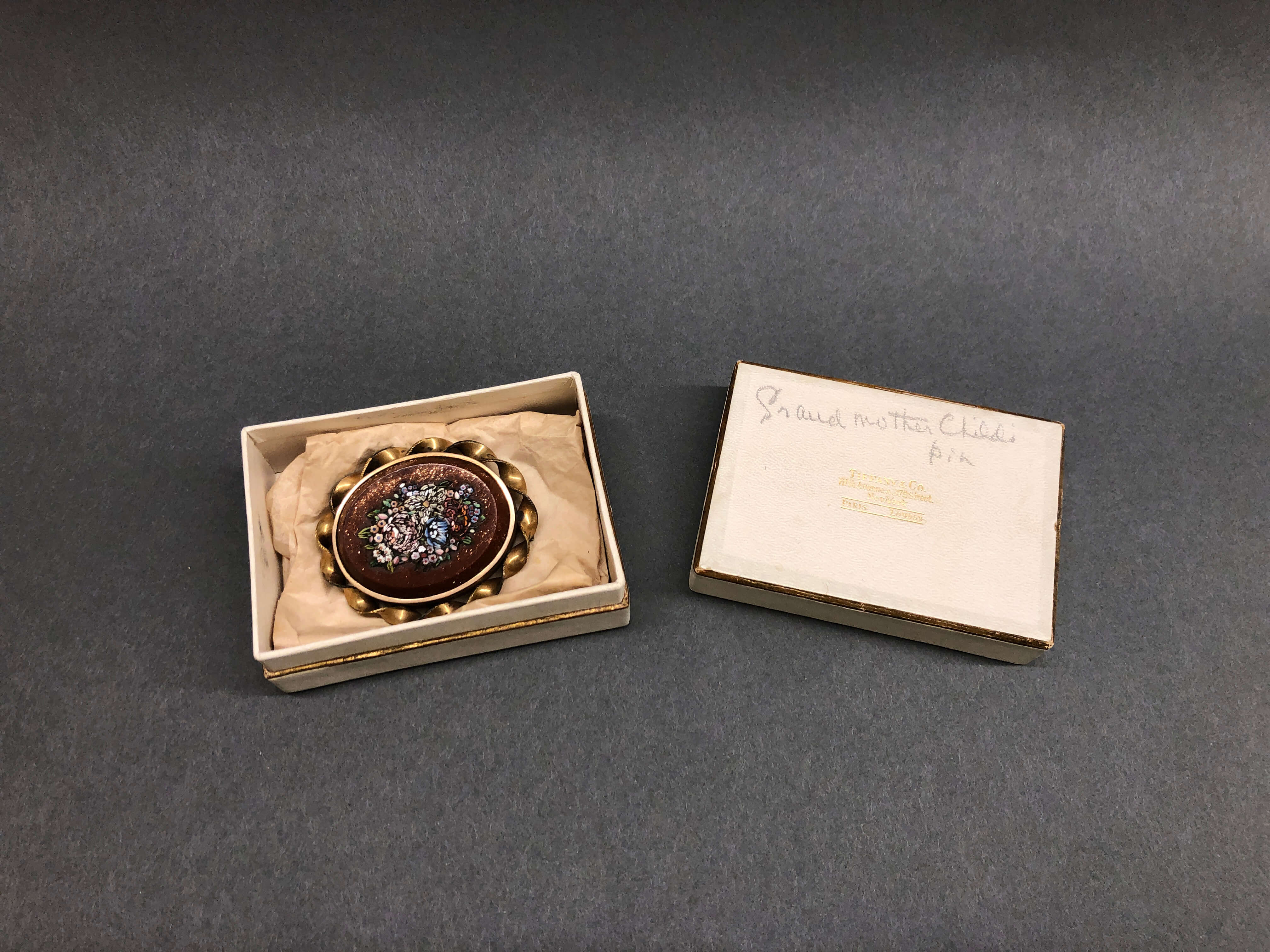 As I set about cataloguing the jewelry in storage, one example in particular caused me to gasp out loud. Carefully tucked inside a Tiffany & Company box was an exquisite mosaic brooch depicting a floral bouquet. The box was labeled “Grandmother Childs’ pin” in handwriting I recognized to be Helen Clay Frick’s. “Grandmother Childs” could only refer to Adelaide Howard Childs Frick’s mother, Martha Howard Childs (1823–1888). A flash of recognition led me to pull up a painting of Martha Childs in our collection and I was astonished and elated to see that she was wearing the very same brooch in her portrait. This is the type of discovery curators live for—the kind of documentation that confirms an object’s provenance beyond any doubt. 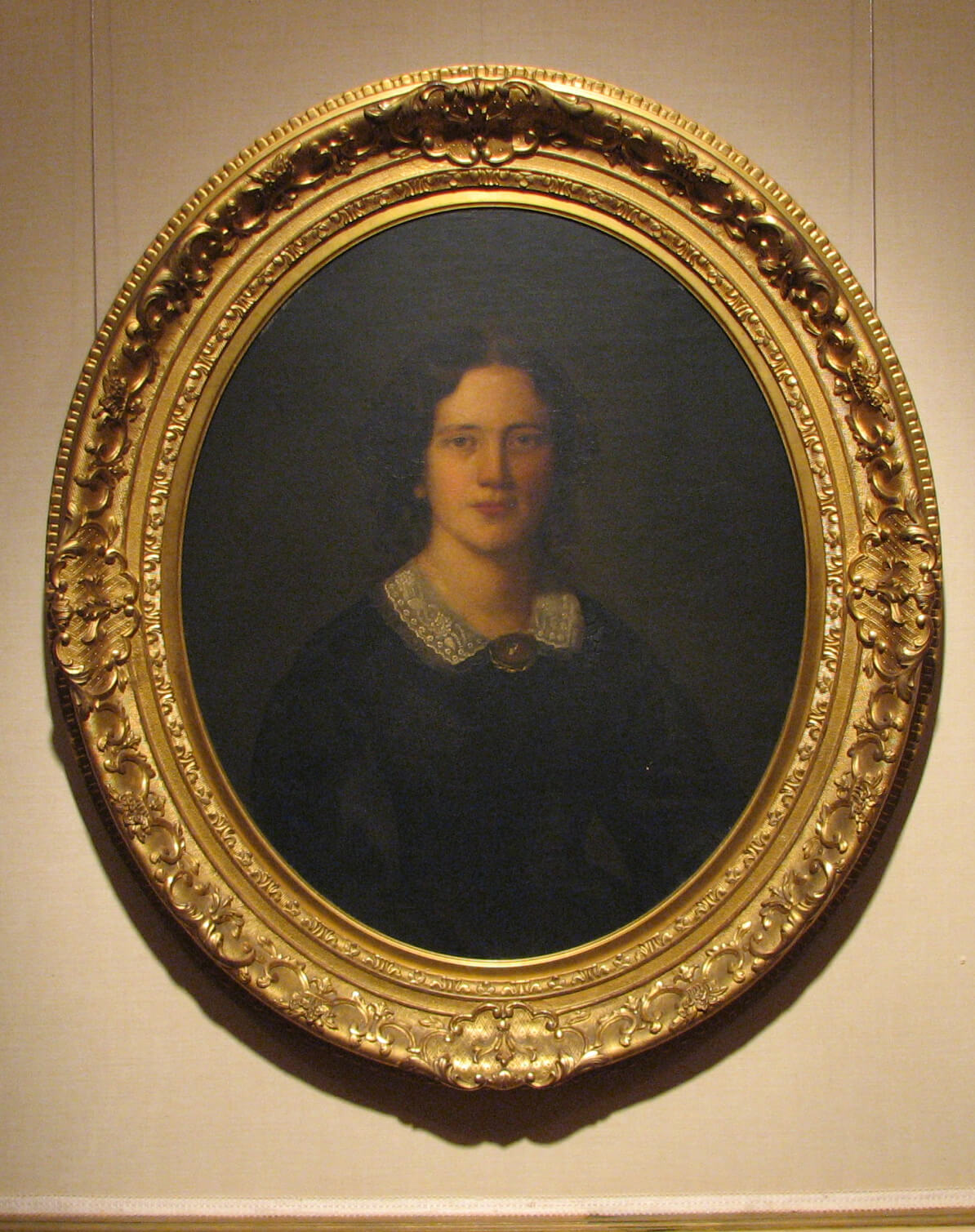 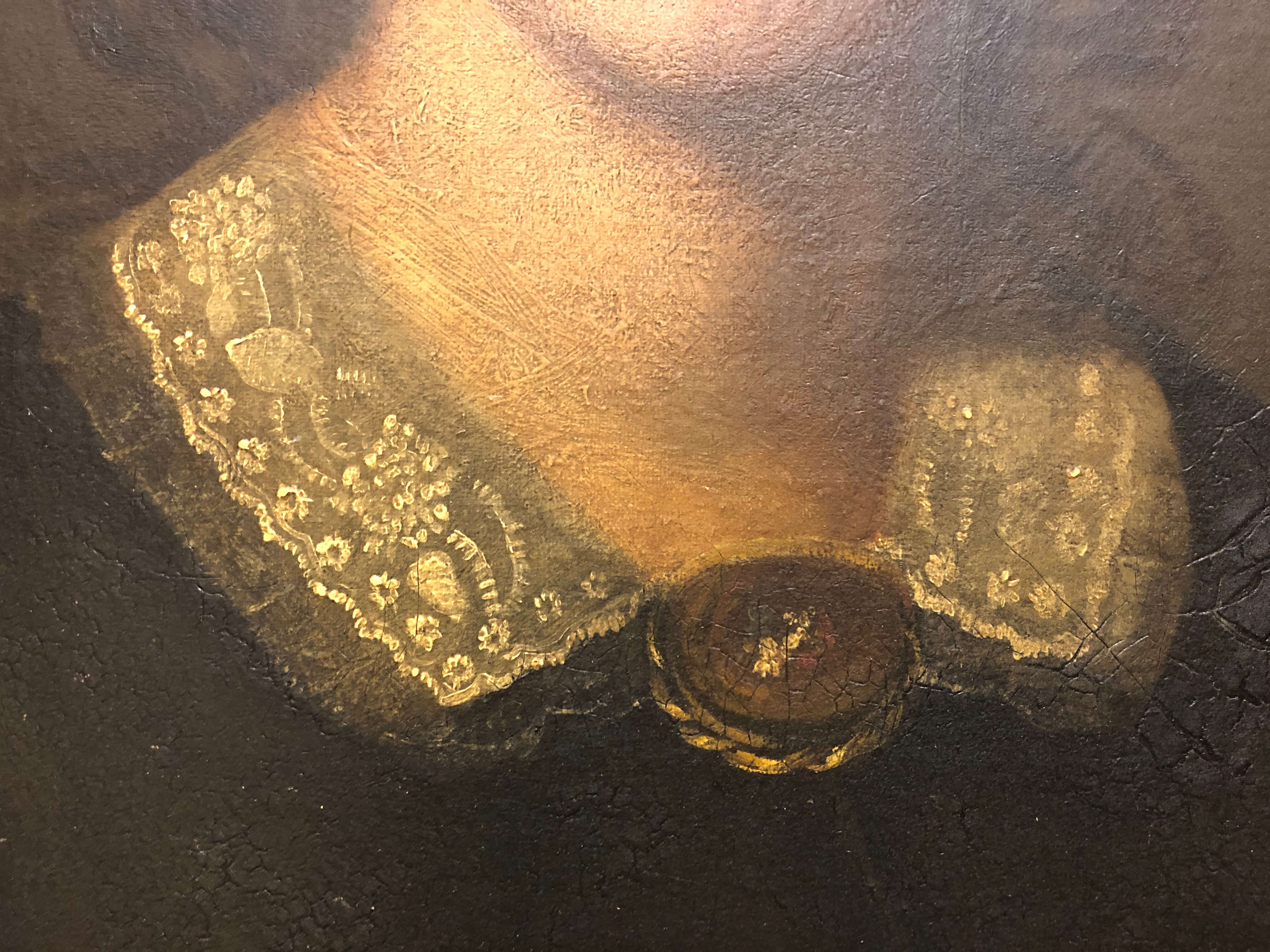 Mrs. Childs’ ownership made sense as the taste for micromosaic jewelry, and specifically brooches like this one, was most prevalent in the mid-19th century, when neoclassical designs referencing the ancient past were at a fashionable height. The antique style was influenced by traditional Roman mosaics but in a scaled-down, wearable size.

The process of making mosaic jewelry is very labor-intensive and requires technical precision. Micromosaics are created from tiny fragments of small pieces called tesserae, generally made from glass, enamel, or sometimes even colored bits of stone (known as pietra dura). Once the tesserae are adhered to their base, gaps are often filled in with colored wax and the object is polished to give it a smooth and even surface. The size of the tesserae and degree of finish work can greatly change the appearance of the final object. Micromosaics created in the late 18th and early 19th centuries use tesserae so small that they might be mistaken for miniature paintings at a glance, while objects created later in the century were generally made with larger tesserae that are clearly visible. 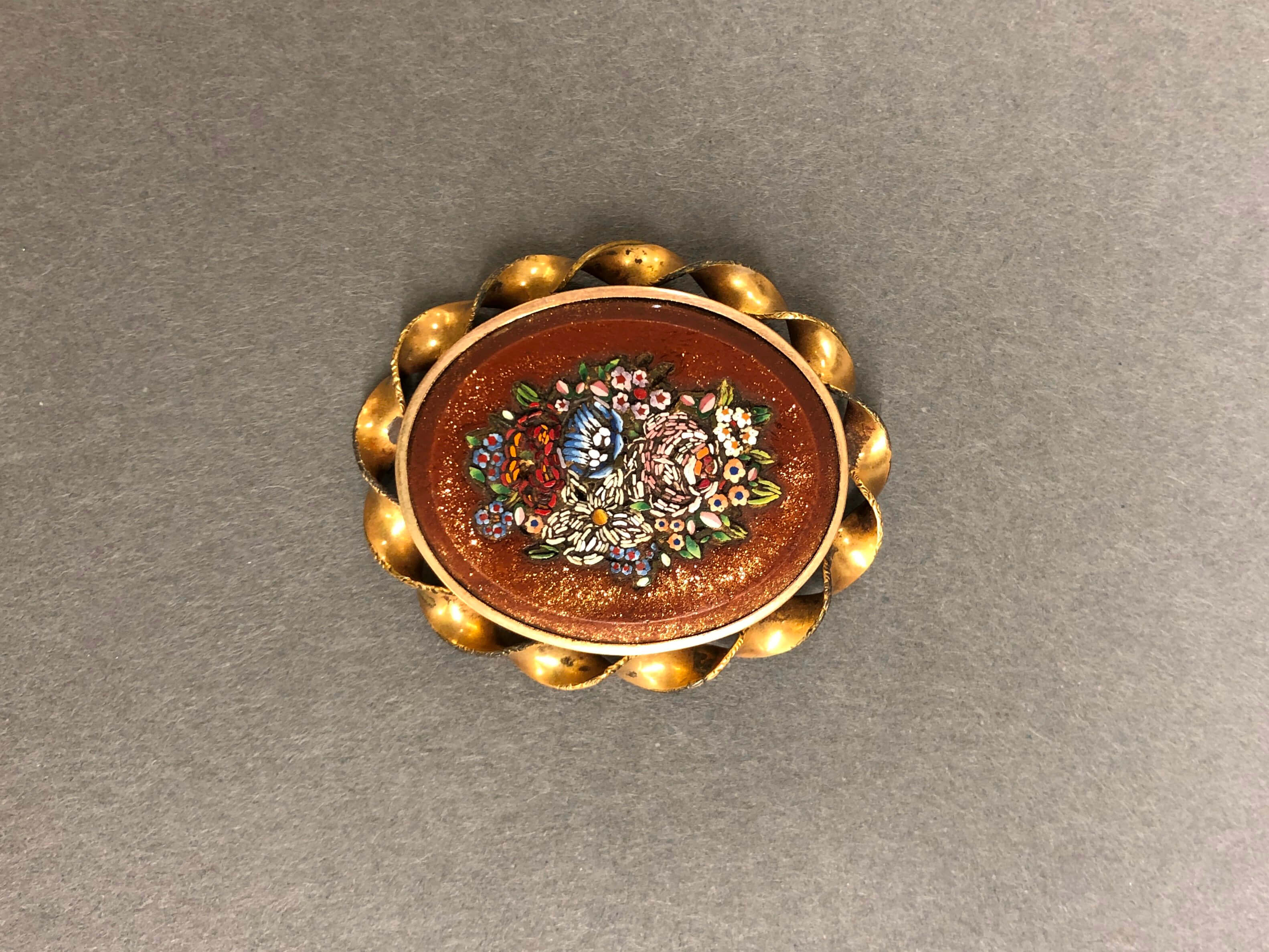 On this object, small colored pieces of enamel and/or glass form the flowers and leaves. The entire composition is on a goldstone ground which is common for mosaic brooches of this period. Goldstone is a type of glittering glass meant to imitate aventurine. The sparkly effect is created by copper crystals which have been added to the glass, lending it the appearance of a gem or precious stone. The brooch is set in a gold mount with a twisted ribbon border, another indicator of its origin in the mid-Victorian period. Mrs. Childs’ brooch might have originated in Italy or could have been made by an American jeweler imitating the popular styles coming out of Venice. It’s most likely that the Tiffany & Company box in which it resided was simply for storage and did not denote its manufacturer.

What do we know about the owner of this brooch, other than she was the mother of Adelaide Frick? Martha Howard Childs was born in Philadelphia in 1823, daughter of Caleb and Julia (McCartee) Howard. At some point the family moved to Allegheny City. In 1851, Martha married widower and leather goods merchant Asa P. Childs (1804–1878). The couple had seven children together. (He had nine children from his previous marriage). The Childs family lived at Pennsylvan, a stately mansion in Oakland standing at the corner of Forbes and Halket Streets (where Magee Hospital is located today). 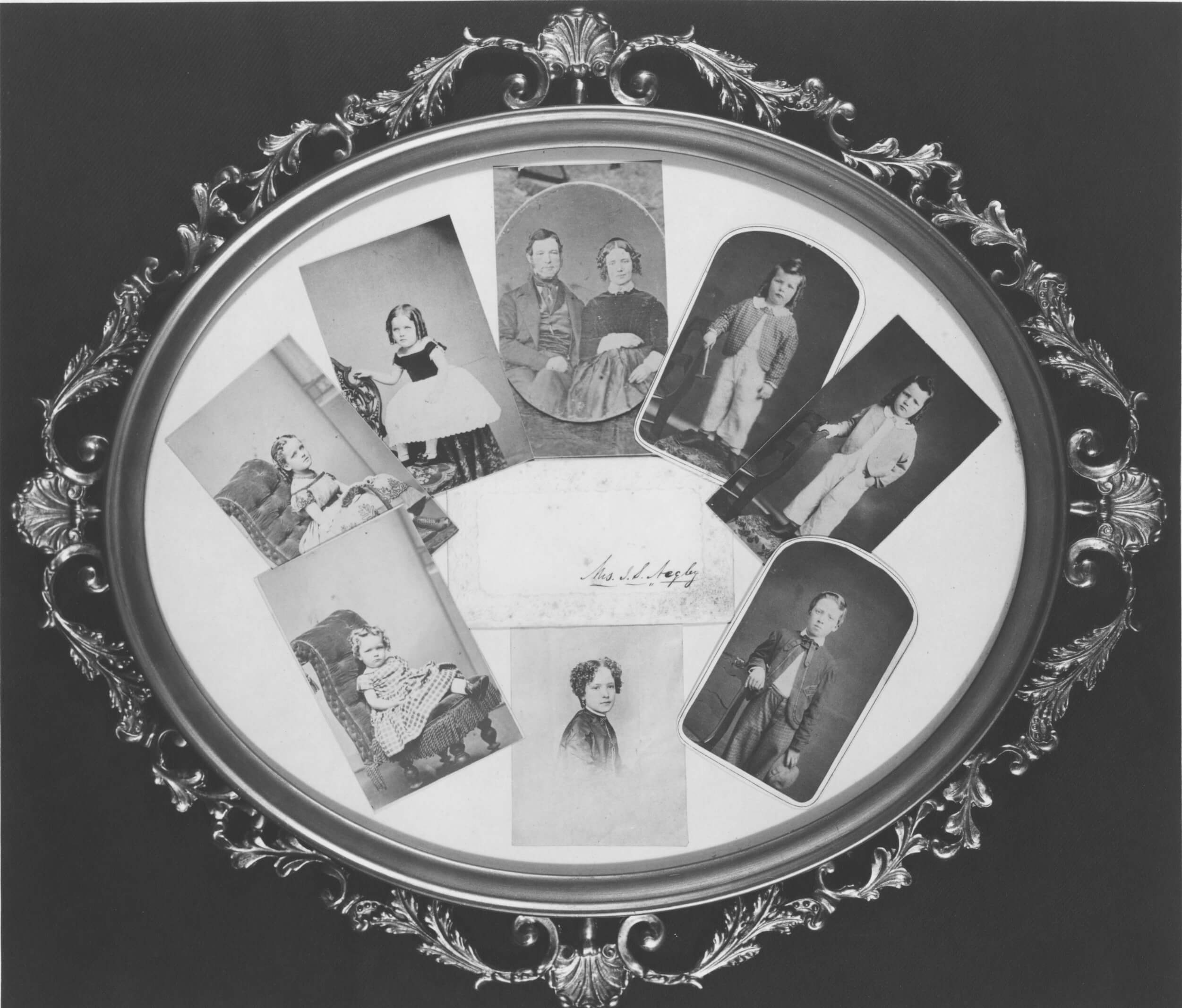 Childs Family photo collage, circa 1865 (Asa P. and Martha Howard Childs are at the top. Adelaide appears in two photos at the left of the collage.) The Frick Art & Historical Center. 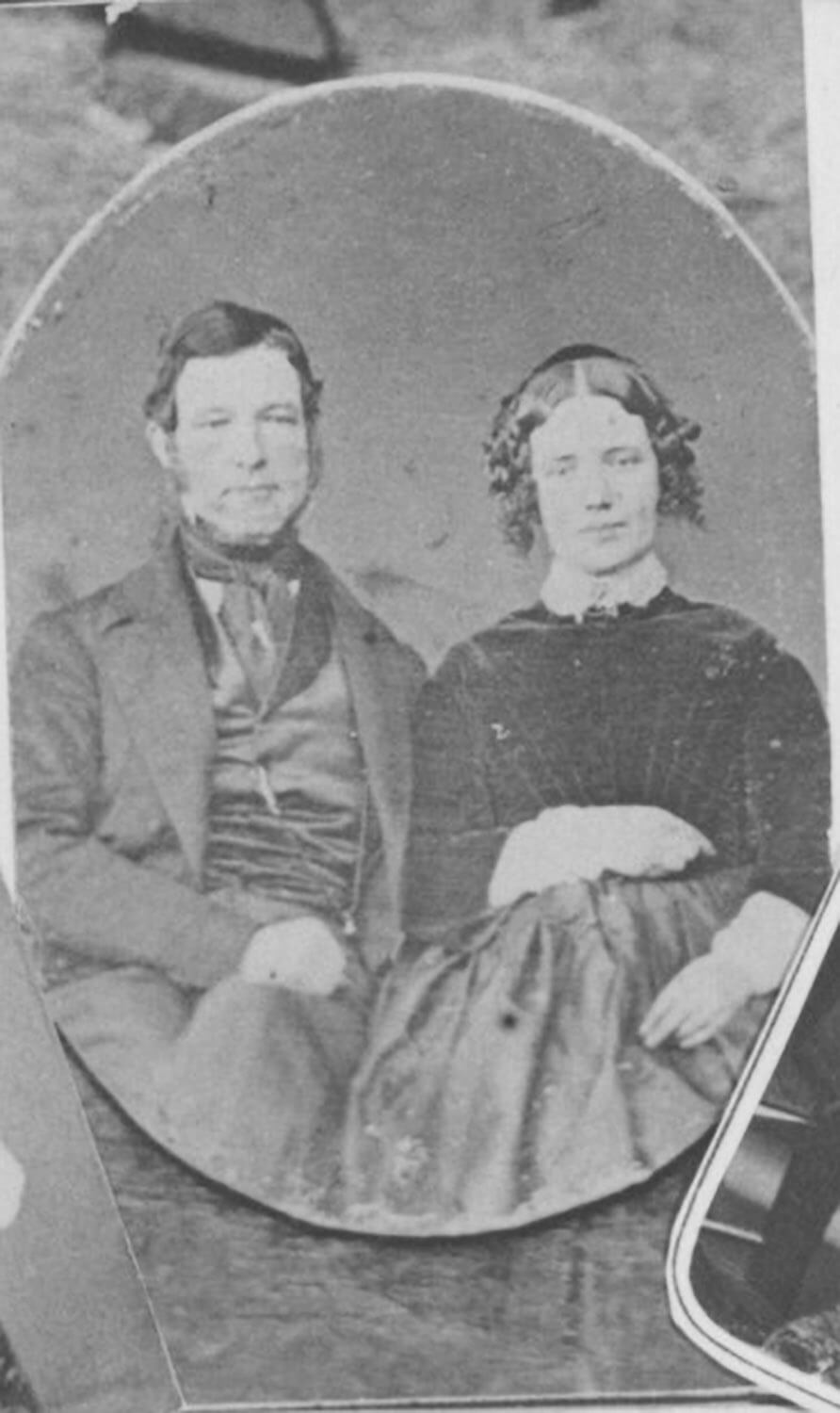 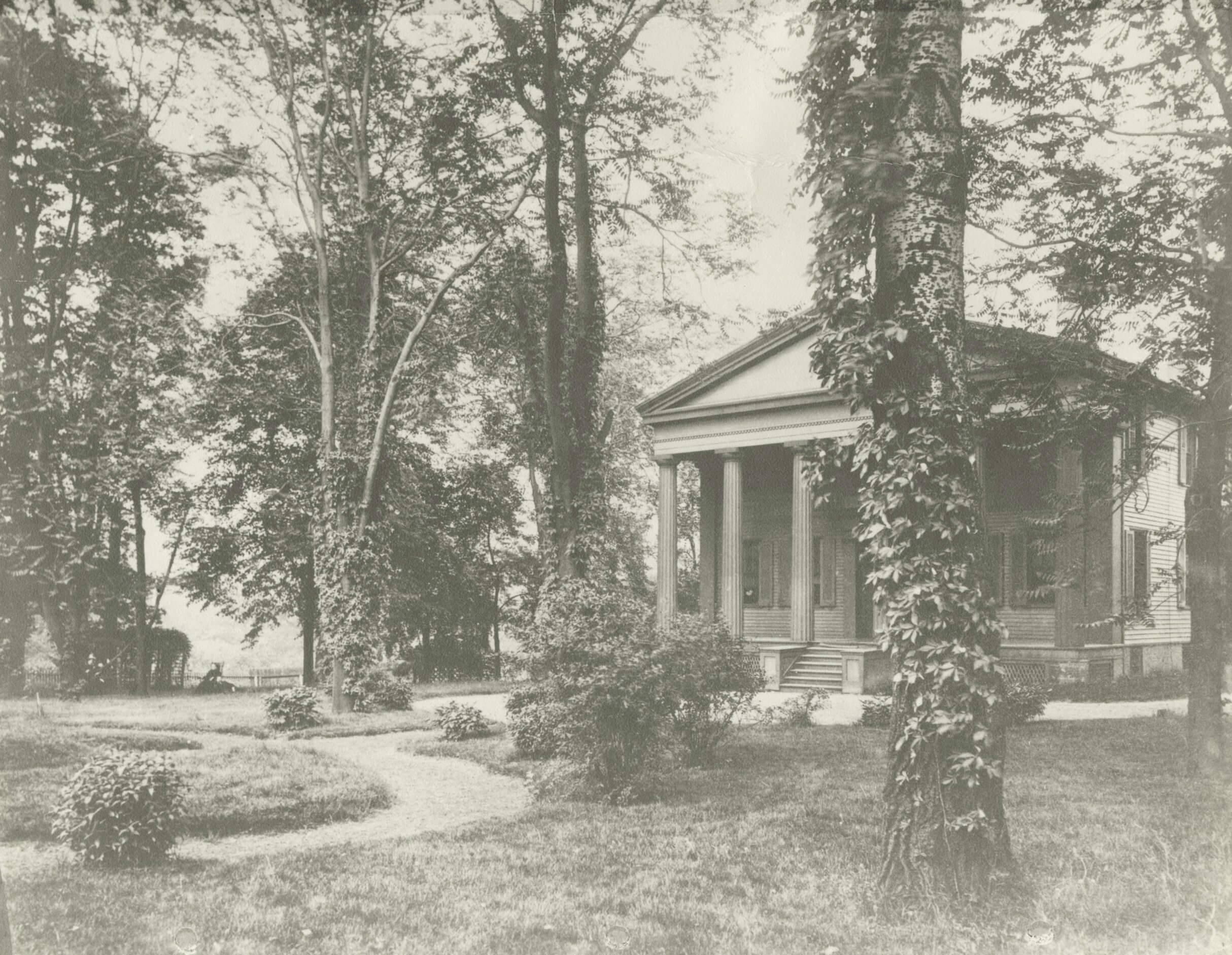 Pennsylvan, the Childs residence in Oakland, circa 1880. Courtesy of The Frick Collection/Frick Art Reference Library Archives.

After the death of her husband in 1878, Martha Childs continued to live at Pennsylvan with her children until 1887. She traveled through Europe with Adelaide, Henry Clay Frick, and her grandchildren. She was regarded as a leading citizen who devoted her time to charity and philanthropic endeavors. A description of her published in The Social Mirror in 1888 read, “Mrs. Childs, nee Howe [sic], a wealthy widow of the East End, gives liberally, and when necessity requires is a conscientious, hard worker. The Episcopal Church Home claims the greater part of her time.” 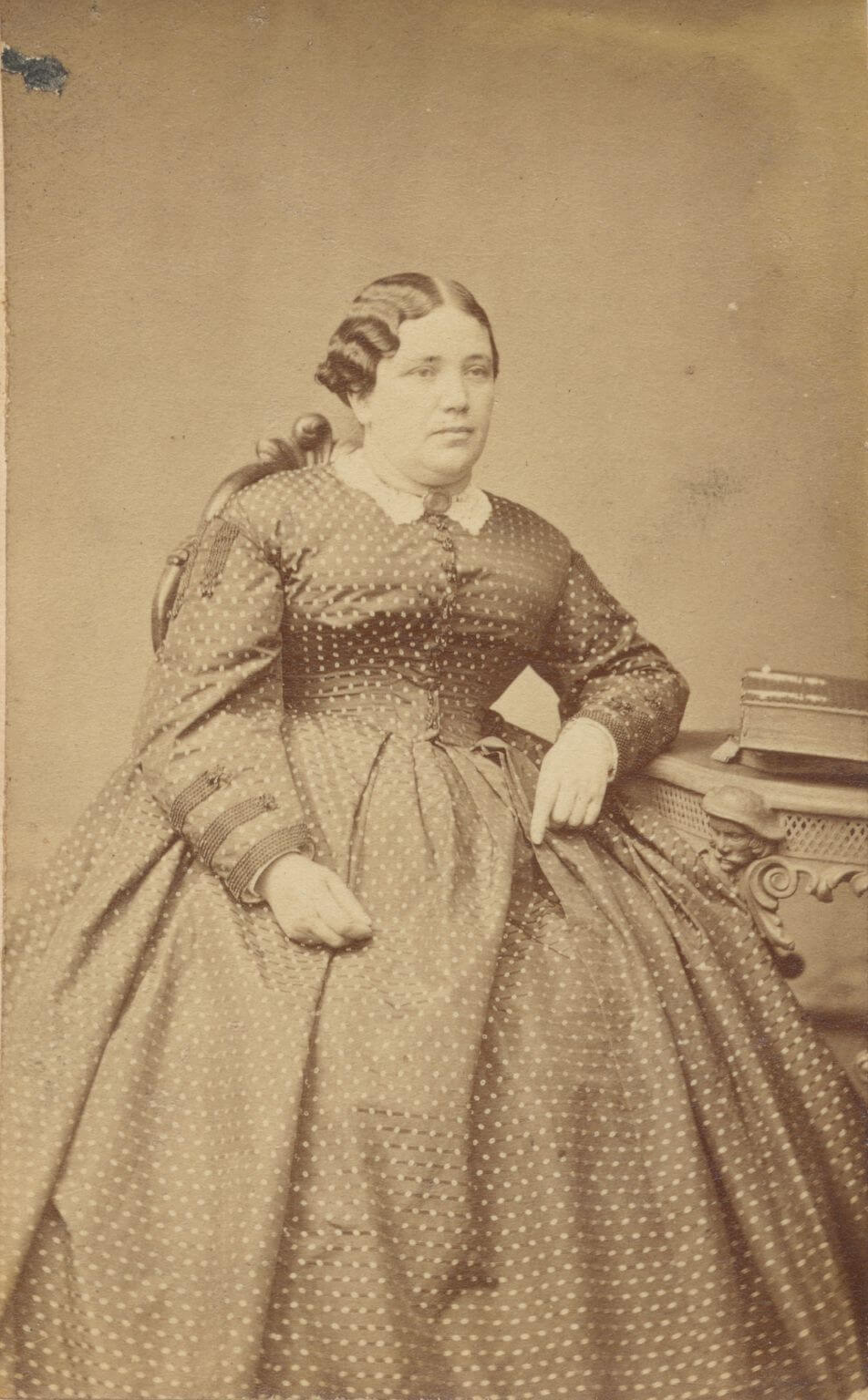 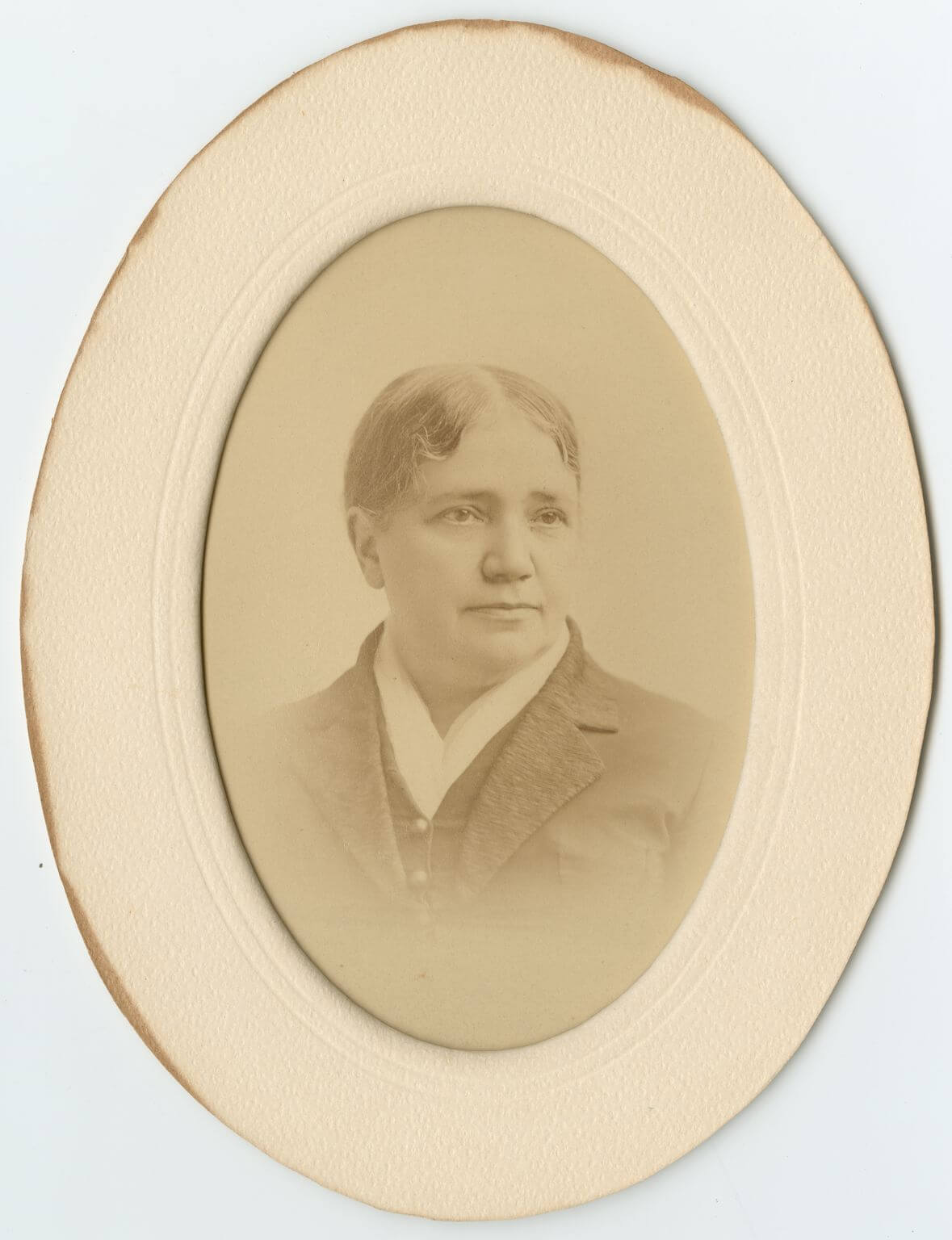 Mrs. Childs died suddenly and unexpectedly from a heart attack in 1888 at the age of 64 while traveling with her eldest daughter, also Martha Howard Childs (known as Attie). Her obituary published in The Pittsburg Press noted that “the news caused much sadness among a host of friends, of whom Mrs. Childs had a large number everywhere, that her gentle disposition and benevolent spirit had an opportunity to make themselves felt.”

Adelaide Frick possibly inherited the brooch after her mother’s death which would explain how it came to be in The Frick Pittsburgh’s collection. See the brooch in person, alongside other examples of jewelry owned by the Frick family on view at the Grable Visitor Center through April. 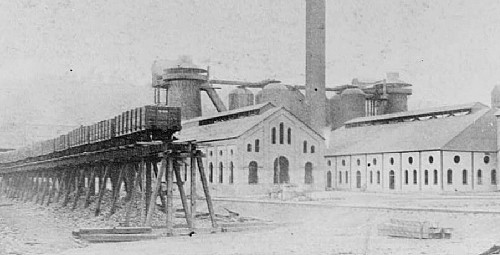 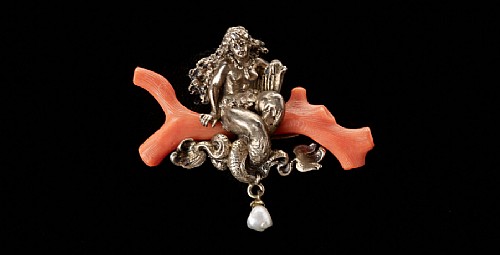