In the Victorian period, changing conceptions of childhood coupled with an increasing emphasis on domestic well-being rendered children the center of joyous attention during Christmas celebrations. Mothers were advised that any sacrifice would be worthwhile so long as it created a happy memory. According to a column titled “The True Spirit of Christmas” in the December 1893 issue of Ladies’ Home Journal, “Children are God’s own angels, sent by Him to brighten our world, and what we do for these messengers from the sky, especially at that time of the year which belongs to them, will come back to us threefold, like unto bread cast upon waters.” 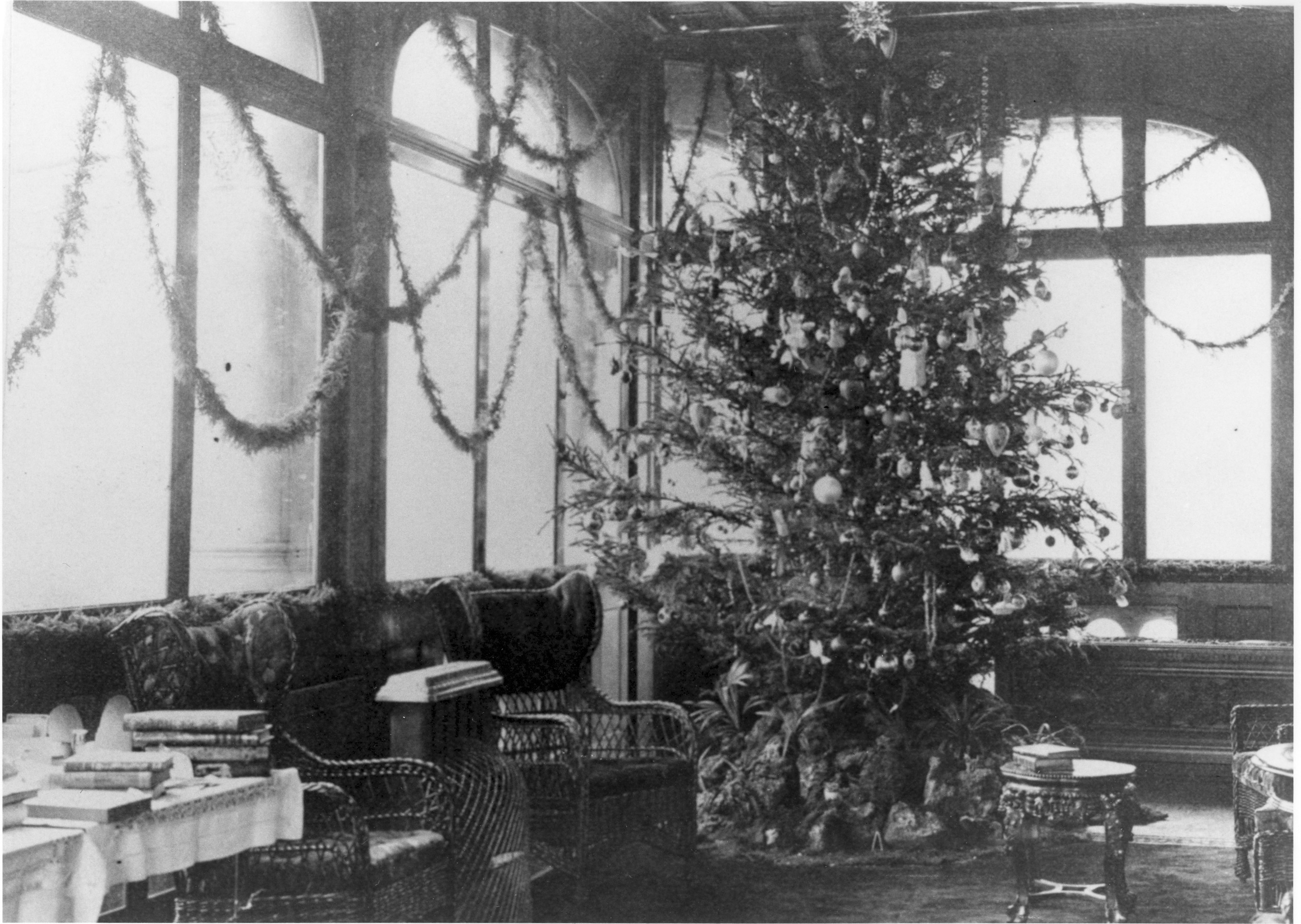 Nineteenth-century wives and mothers were expected to be the stewards of their family’s moral welfare and happiness. As such, it was generally the lady of the house who organized preparations for the holiday, including gift lists and menus. Archival evidence suggests that Adelaide Frick indeed took on most of the holiday arrangements. On December 14, 1893, Adelaide wrote to her ten-year-old son Childs while he was away at school: “I have a great deal to do just now for Santa Claus and that is the reason I have not written you daily letters...I will be very busy hunting through the toy shops for the things we want Chriss Kringle to bring.” 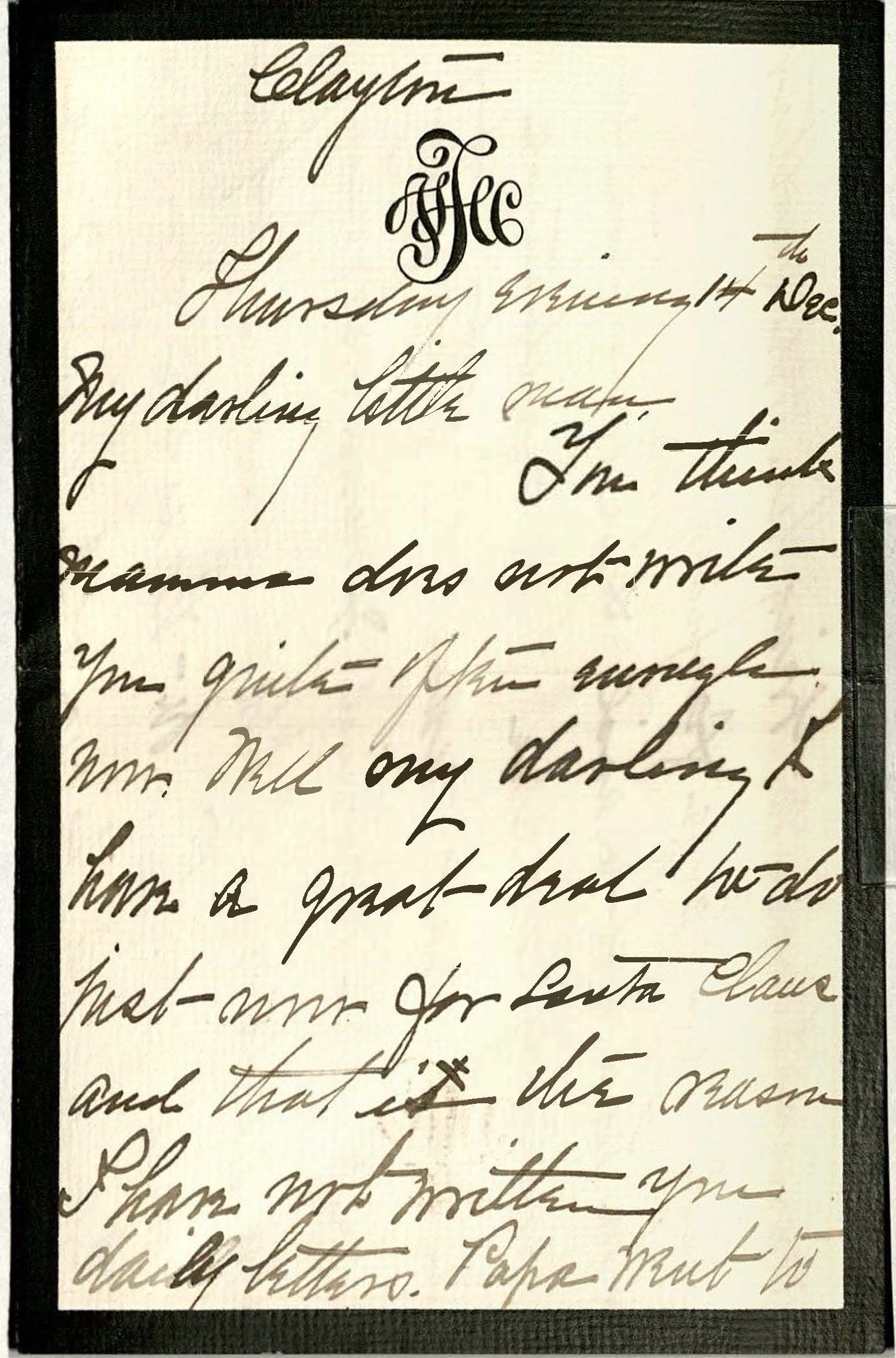 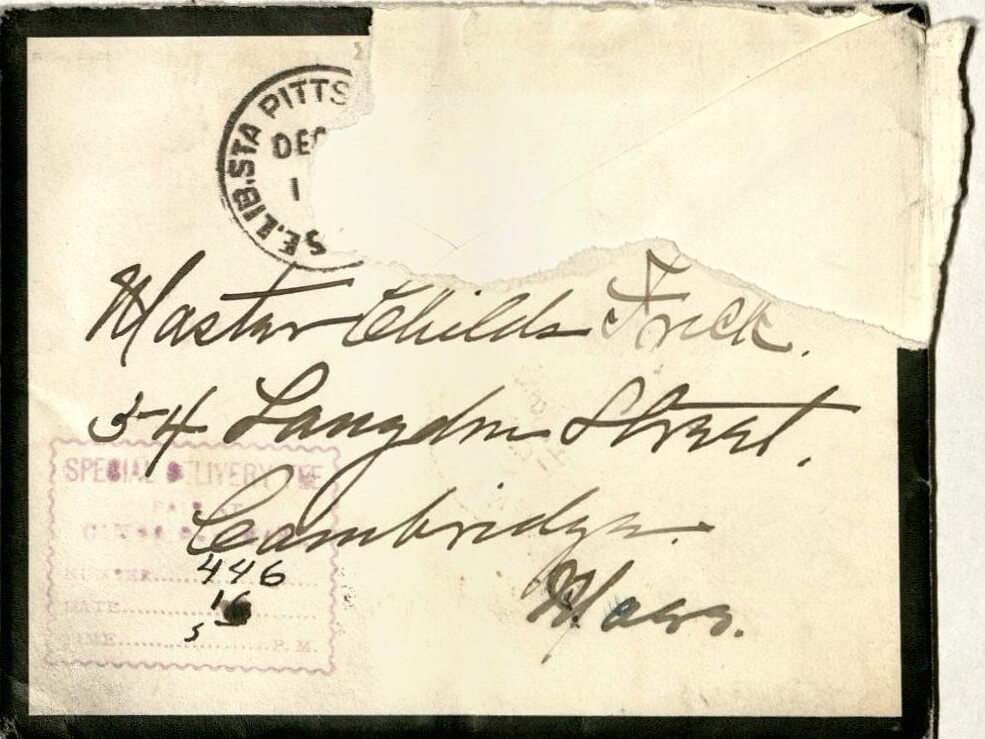 Presents were of utmost consideration at Christmas, as they often are today. The rise of material goods and consumerism during the late 1800s contributed greatly to the increasingly widespread observance of the holiday by means of gifts, as well as the commercialization of Christmas. Contemporary sources cautioned shoppers against excess materialism. Elizabeth Robinson Scovil, writing in the December 1892 issue of Ladies’ Home Journal stated, “Presents, of course, occupy the place of honor at Christmas-tide, but they should be kept in place, and not allowed to monopolize time and strength and money to the exclusion of the other forms of good cheer.” Gifts that combined beauty and usefulness were prized as were handmade tokens of affection. 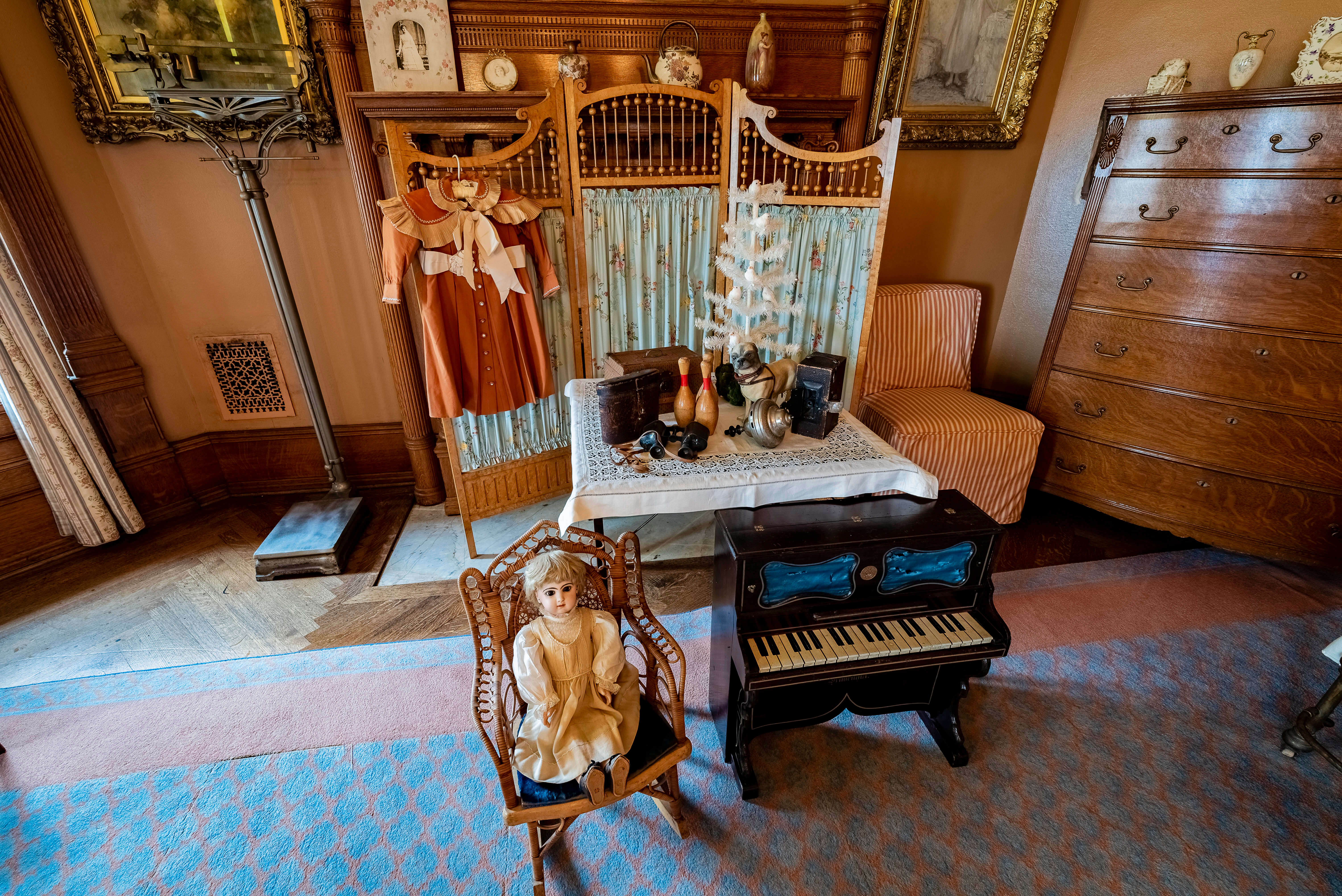 Toys on display as part of the 2018 Clayton holiday tours.

Even so, gift-giving could be a fraught process. The following year, Scovil lamented, “To many a house-mother it means days of anxious thought and hours of careful planning and contriving to satisfy the ever-increasing demands of the children and the expectations of the band of relatives, friends, and servants whom she wishes to remember.” Adelaide’s detailed shopping lists show that she kept track of gifts for family, friends, and domestic staff. In Adelaide’s many letters to Childs, she is clearly fishing for ideas from her son. One letter, dated December 5, 1893, instructs, “You did not tell me what you wanted Criss Kringle to bring you. When you mail letters to him, you had better send them to me to be mailed and I will be sure to see that he gets all you write.” 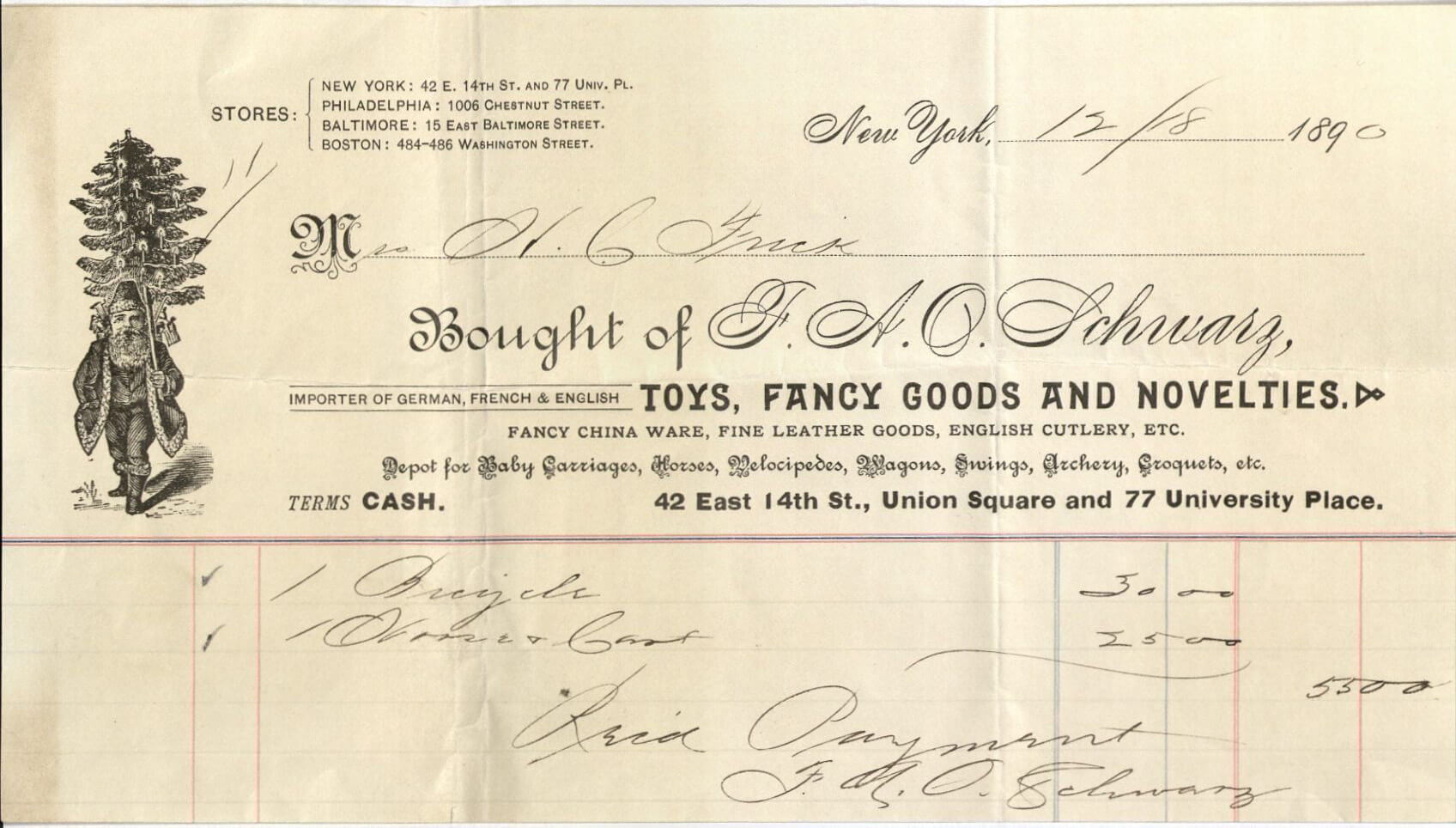 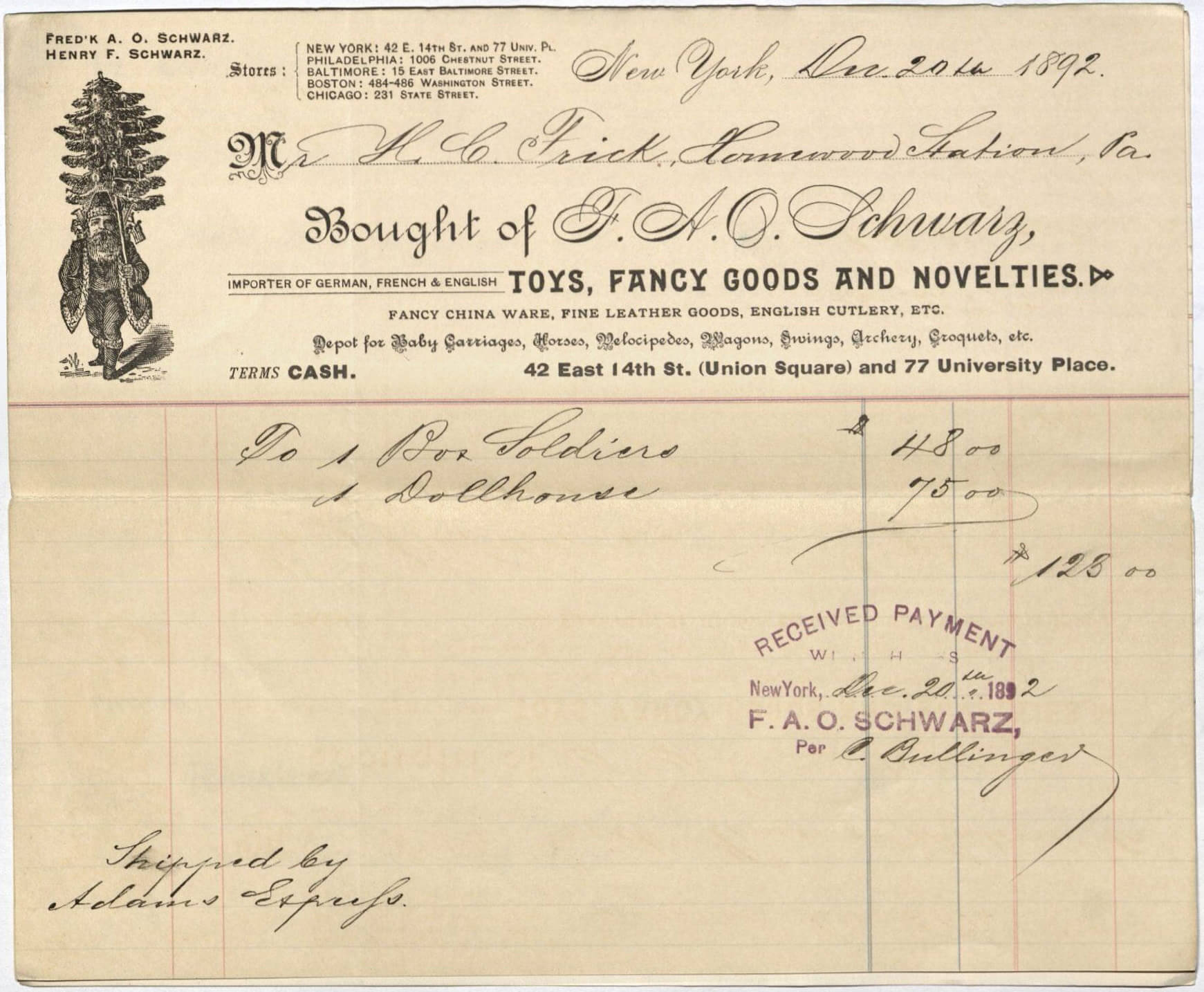 As a wealthy family, the Fricks could afford extravagant luxuries for their children. One receipt, issued to Mrs. H.C. Frick from F.A.O. Schwarz on December 18, 1890 totals $55 for a bicycle and a horse and cart, approximately $1,555.39 in 2019. Another receipt, to Mr. Frick in 1892, totals $123 for a box of toy soldiers and a dollhouse (approximately $3,478.41 in 2019). Adelaide’s 1897 shopping list notes a Kodak camera, fishing rod, cologne bottles, and books for 14-year-old Childs and a gold hair band, silver jewel case, and French books for 9-year-old Helen. Documents and surviving artifacts suggest the children also received simple gifts like puzzles and games. The 19th-century passion for self-improvement perpetuated the idea that toys should educate and exercise young imaginations in addition to being fun. 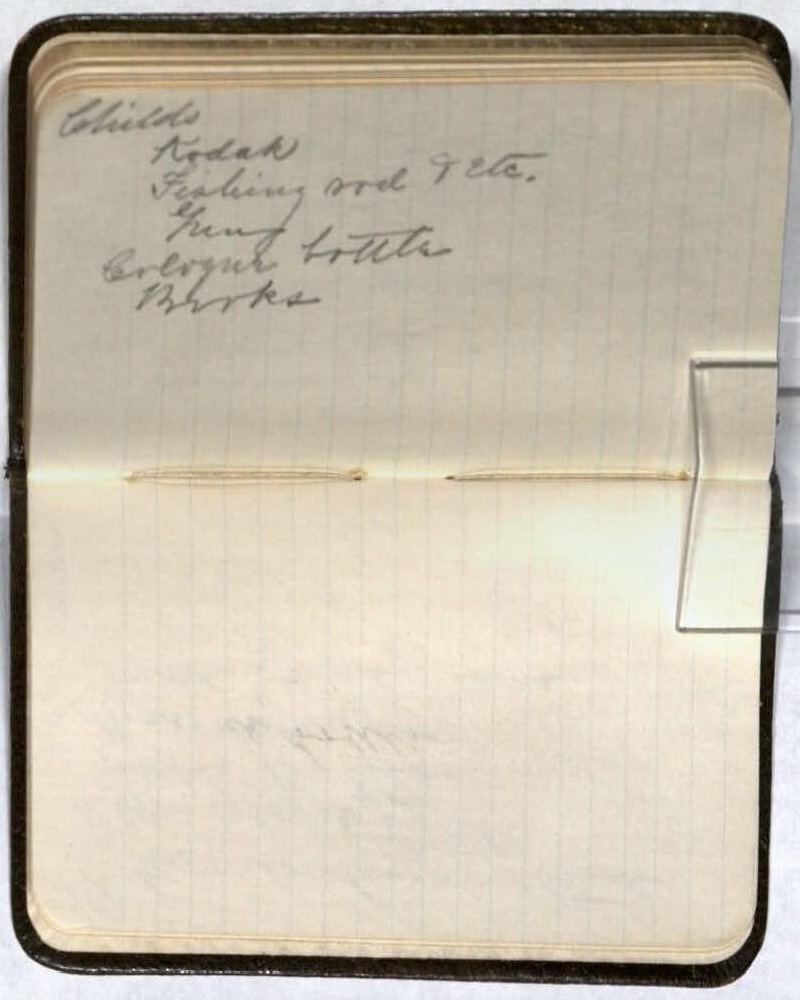 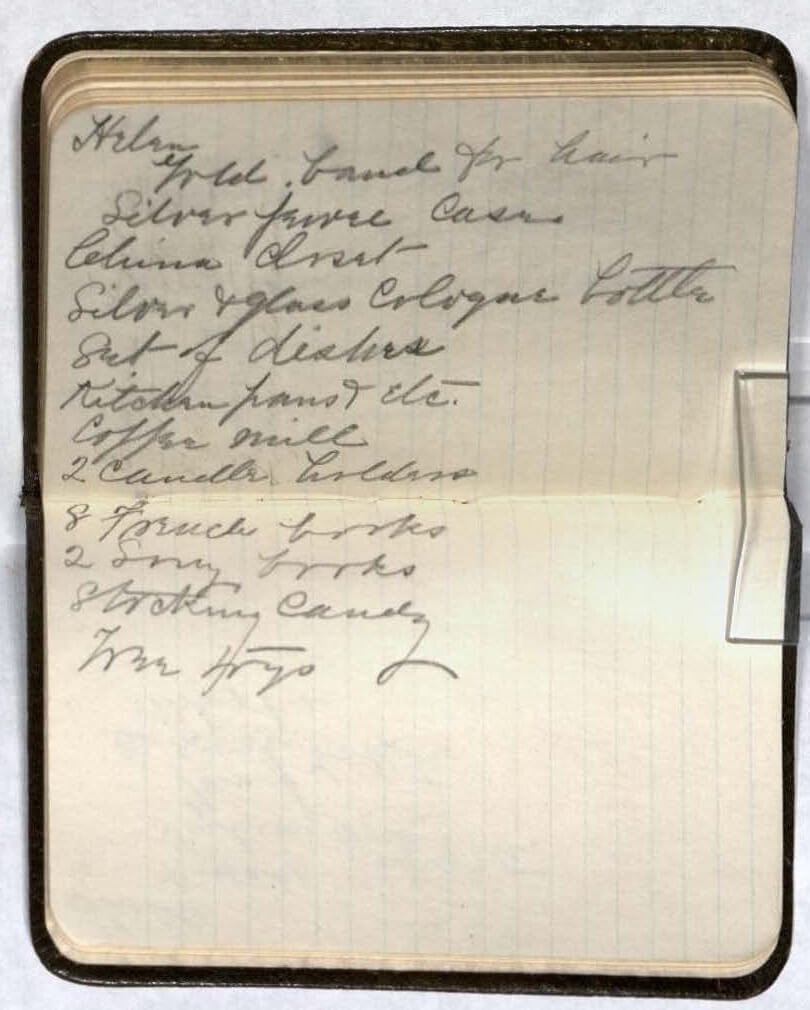 Adelaide’s 1897 shopping list also includes “stocking candy.” Inspired by a legend involving Saint Nicholas, stockings became a standard feature of the 19th-century Christmas celebration, immortalized in Clement C. Moore’s “T’was the Night Before Christmas.” One of Adelaide’s letters to Childs includes a charming anecdote about Helen (then five years old) requesting a stocking for the family dog: “She wants one of Mademoiselle’s [Mademoiselle Ogiz, Helen’s governess] best and largest stockings to hang up for Brownie. I wonder what our old friend will put in Brownie’s stocking?” Though we don’t know if Brownie received a stocking that year, two original stockings remain in the Frick’s collection and are a feature of holiday tours at Clayton every year. 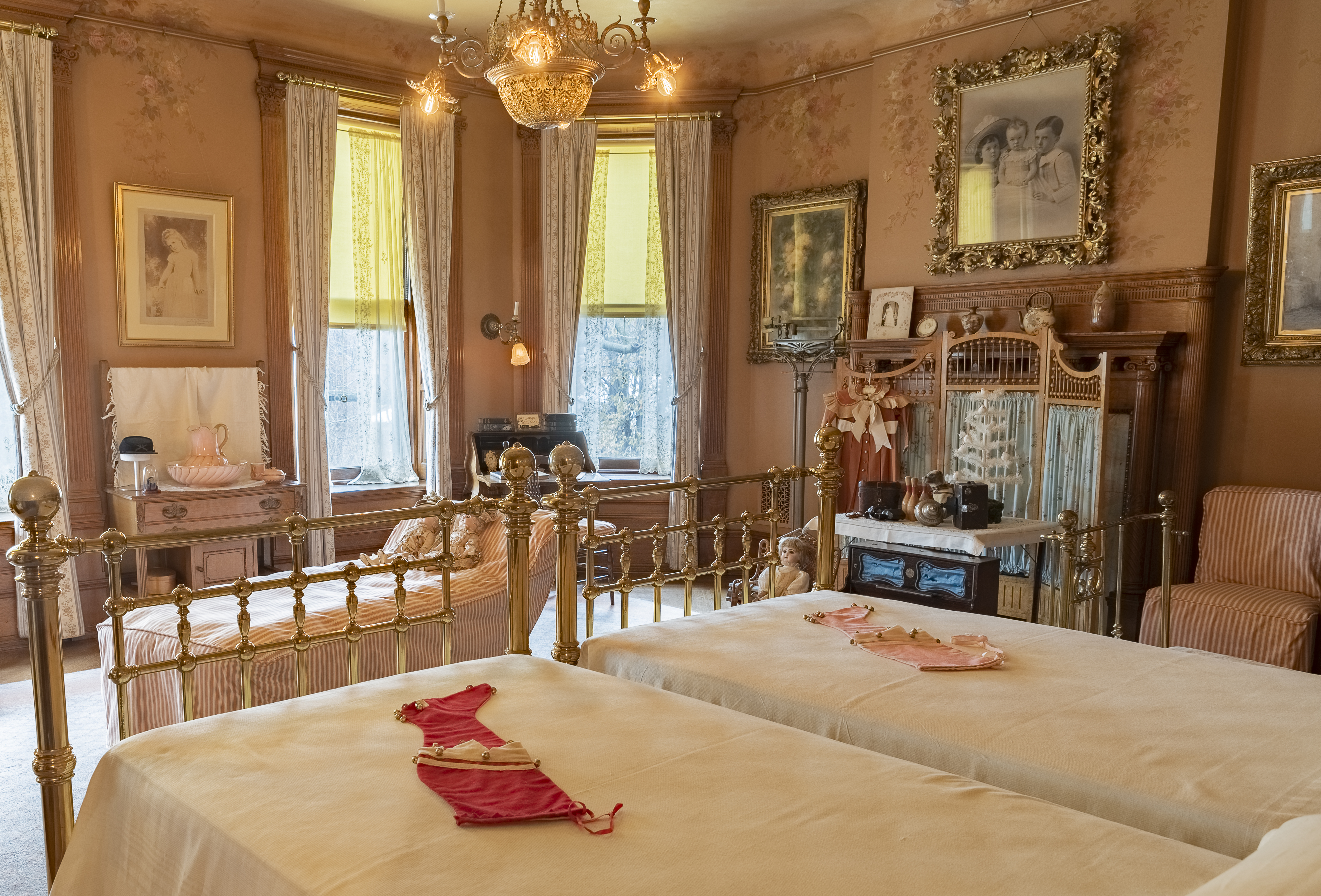 Stockings on display as part of the 2018 Clayton holiday tours. 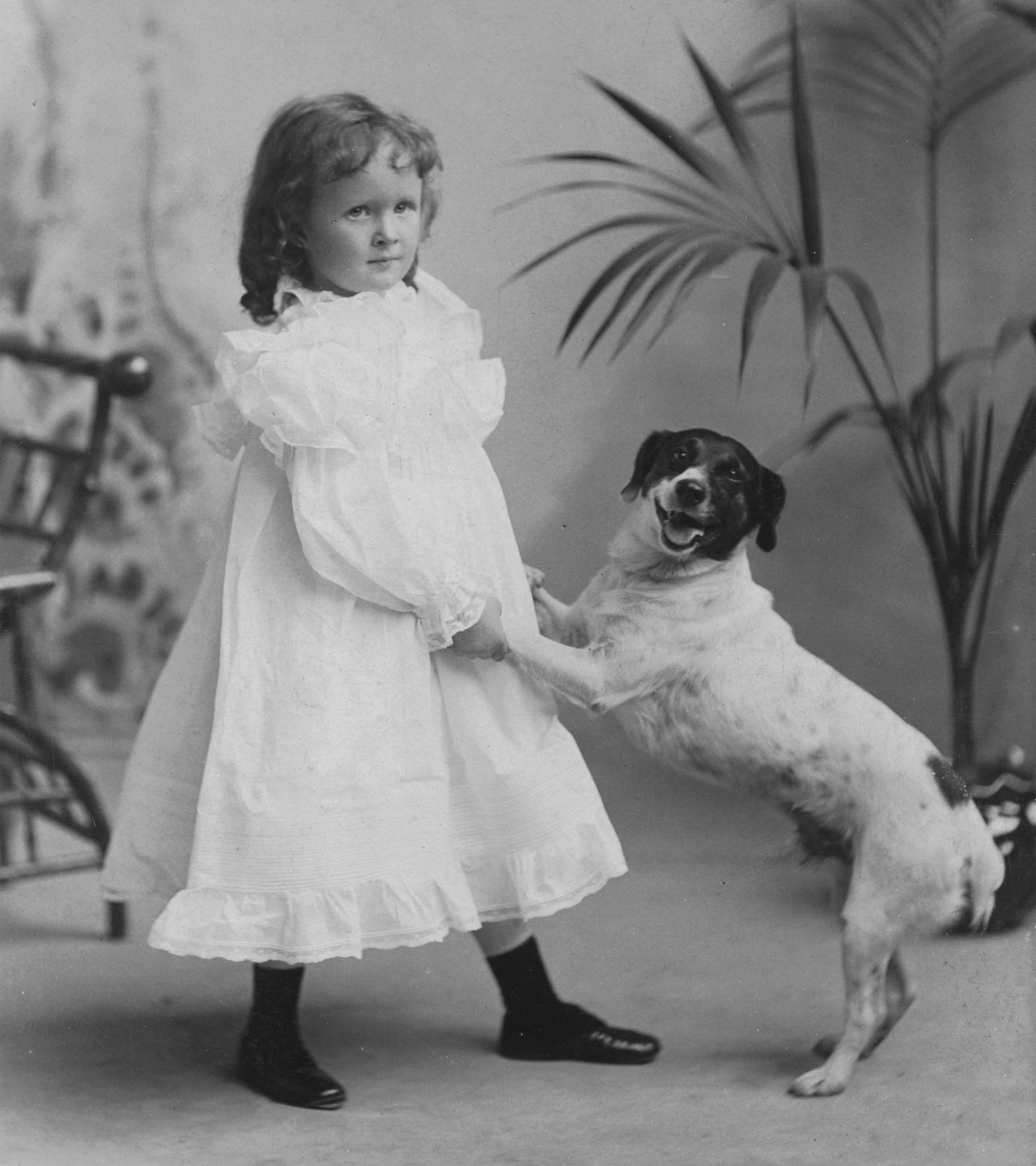 Of course, children partook in other holiday traditions as well, including trimming the Christmas tree, decorating the home with greens, and giving to those less fortunate. Learn more about the Frick family’s Christmas celebrations on a holiday tour of Clayton this season. Tours run through January 5, 2020.
Our Story 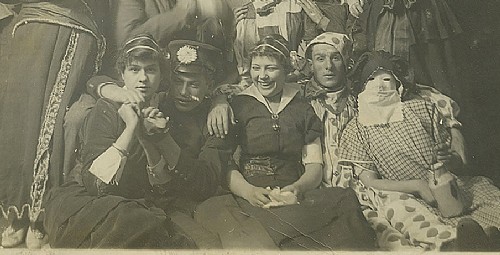 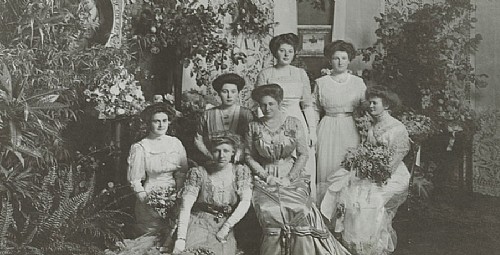 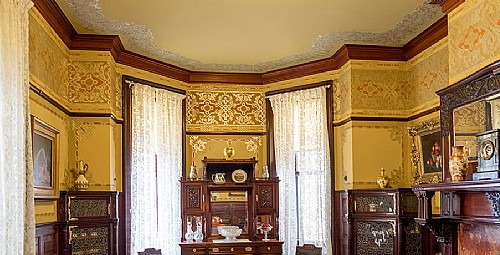 Previous Story: The Story of The Philadelphia Story
Next Story: Art on the Road: The Frick's Monet Visits Denver and Other Current Loans from the Collection